The English Sangha Trust (EST) is the legal charitable body, originally established in 1956, that serves to steward donations given to the Sangha (monastic community) . This is the body that in 1977 owned the Hampstead Vihara, which had no sangha in residence, and then invited Ajahn Sumedho to come from Thailand; thus began Ajahn Sumedho’s efforts to establish the Thai Forest tradition outside Thailand. 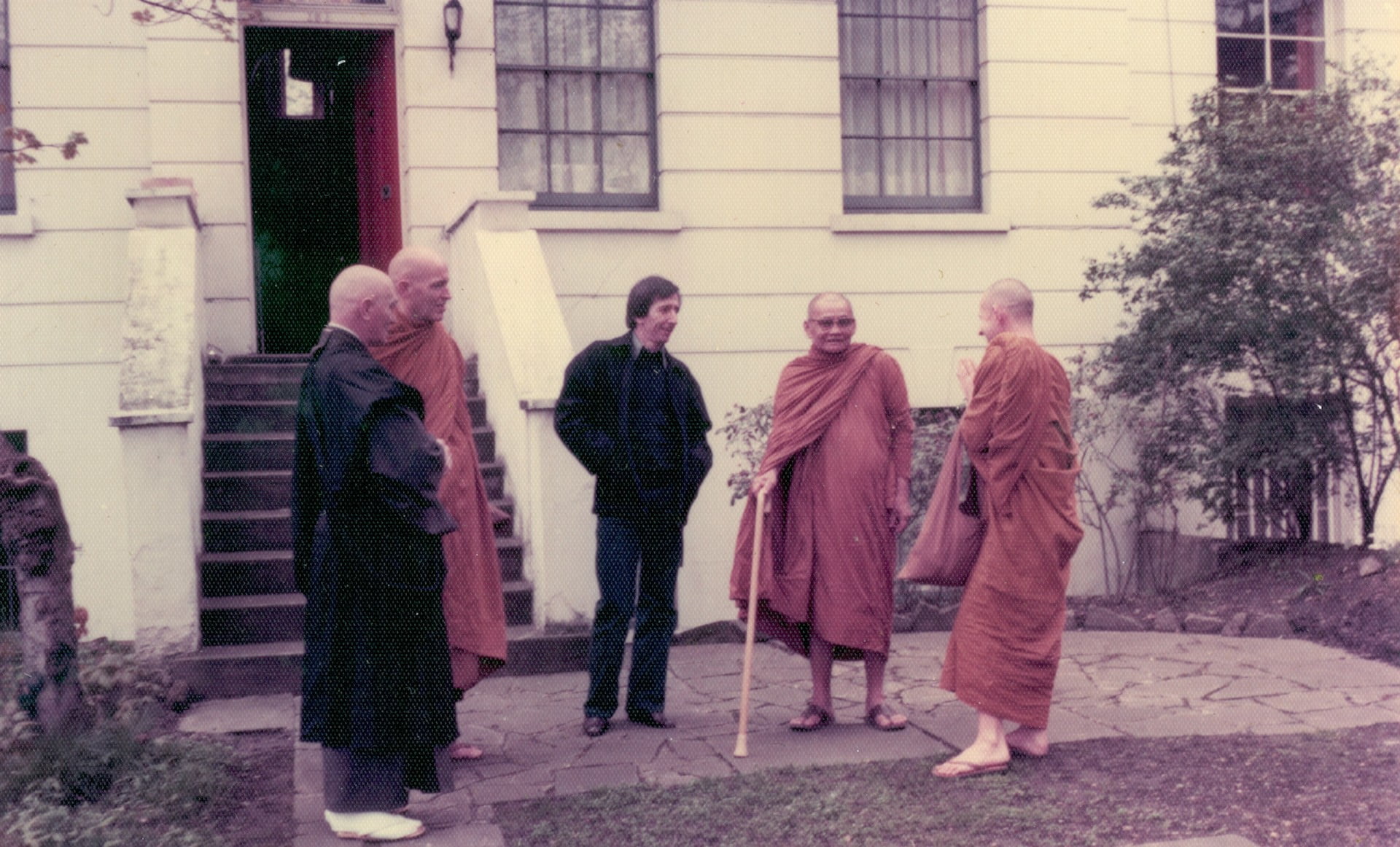 Once the EST had a resident sangha in Hampstead, decision-making power was vested in the sangha. Then in 1979, after a donation to the sangha of 96 acres of forest in West Sussex, the sangha decided to move to Sussex.  The EST then acquired Chithurst House and sold the Hampstead Vihara. Five years later, when the burgeoning resident sangha of monks and nuns at Chithurst (Cittaviveka) needed more space, the sangha and the EST decided to purchase the site that is now Amaravati.

Listen how the Sangha came to England by George Sharp

To this day the EST legally owns and manages both Cittaviveka and Amaravati monasteries and its priorities remain focused on them and their resident sangha:

All funds given (donated) to those two monasteries are held and managed by the EST. The legal structure of the EST is that of a Charitable Company limited by twelve shares all held by monastics.  There are also up to nine lay trustees. The sangha shareholders include the Abbots of Cittaviveka and Amaravati, and monks and nuns elected by the monastics representing both monasteries. The lay trustees are chosen by the sangha, and since the monastic discipline prohibits the monks and nuns from making direct financial decisions, the lay trustees are vested with the responsibility of making final decisions over allocation of finances, in accordance with the needs and wishes of the monastics.

The EST submits statutory annual accounts and returns to Companies House and the Charity Commission for England and Wales; these can be downloaded from the respective websites. As a Company and Charity the EST is also responsible for implementing the requirements of a range of bodies on subjects from tax, insurance, health and safety, child protection, immigration and fire prevention, to re-cycling.

Each year the EST produces two leaflets for supporters, one on ‘Activities and Projects’, and one on ‘Finances’, and the links below lead to them. The figures are based on the annual audited accounts. Paper copies are available at Amaravati and can be provided on request.

The EST has a Finance Sub-Committee to advise on detailed management of its finances.

At Cittaviveka all day-to-day affairs are managed through the Cittaviveka Advisory Group (CAG).

The EST is also the steward for the Amaravati Retreat Centre.

The lay trustees are all friends of the sangha who have been practising for a number of years and all have specialist skills in management, finance and related subjects. They are appointed for up to three years at a time. The current lay trustees are

You are welcome to contact the EST by using the form below.